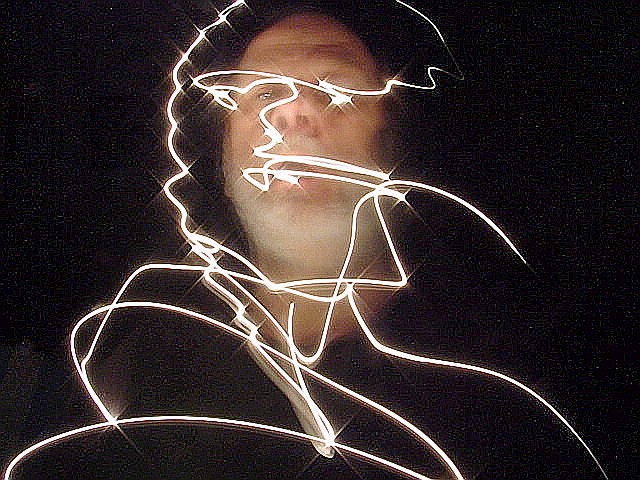 Poetry In Motion
Age 43-51, Williston, North Carolina, 1987-1995
About photographer Eadweard Muybridge and his photographic study of "Human Locomotion."
The picture for this poem is one I made with the early Radio Shack CoCo computer I described in an earlier poem entitled Meta-Tools.
I scanned in Muybridge's photos and then colorized them with 1980s computer software.

-- This is one poem, from my autobiographical series of poems, that I posted here at WriteSpike. Go to my Stories section for others. They are in chronological order. --

"One thing was very clear from Muybridge's pictures:
No painter had ever gotten the position of a horse's legs correctly.
In fact, many contemporary painters disputed his findings...
as it meant that their paintings were all incorrect."
~ equineink.wordpress.com ~

then like a strong microscope
he turned high-speed photography
on the ordinary,
taking sequences of motion:
a woman
with a broom in hand
with a bucket
a man
with a baseball bat
with a hammer and anvil
nude people
clothed people

only years later with a digital camera
did I reap the benefits;
because of his study
I now understood human movement: