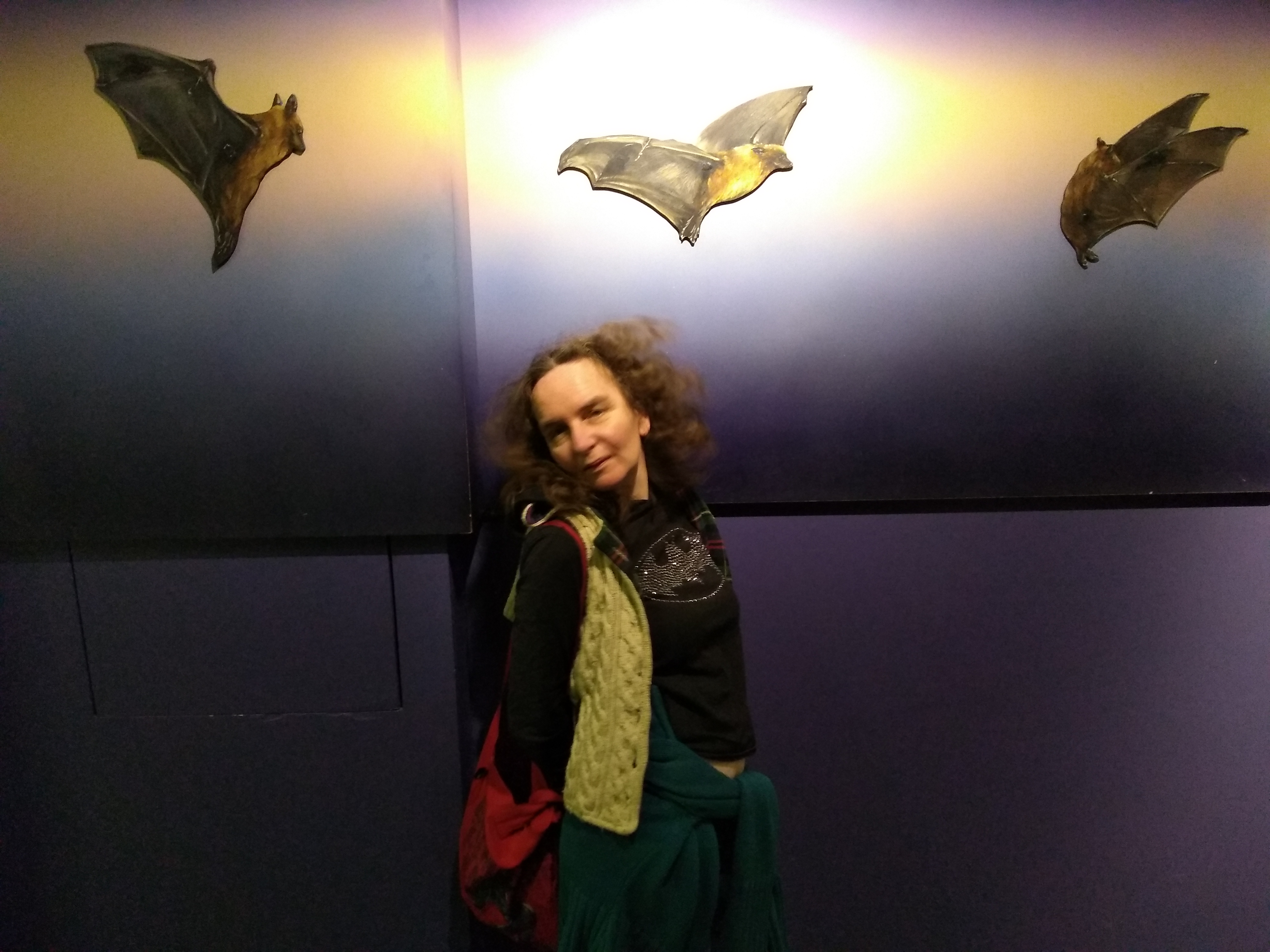 This is an article about the rise of AI and transhumanism

WHAT MAN CREATES MECHANICALLY IS ARTIFICIAL.

In my latest book 'Monkey Mind Robot Body' I am looking at the possible impact of transhumanism and the rise of super artificial intelligence on human society. It is a science fiction take on the future looking at the theological arguments, but its not only been modern day that humans have tried to replicate themselves through automata, we've been doing it for centuries.

Now Prometheus liked his new creation and wanted to help the men on earth, and to keep them safe from Zeus, the ruler of the Olympian gods. Zeus had taken a disliking to the men of earth and this caused problems between himself and Prometheus, as the Titan wanted the humans to live on.

Prometheus, being our creator, felt a paternal need to protect mankind from the Olympians. The story continues with Zeus creating his own creature to put upon the earth to tempt and deceive the men made by Prometheus. What Zeus created was woman.

Like children who imitate their parents, we humans imitate the gods. We want to create new life, but are not satisfied with the new life we create as humans-the human babies that are born to human parents, we look for ways to create a new species of life.

Why do we do this? Why do humans need to create something else, to be inventors in new projects? For satisfaction? To become like a god? God made man in his image, so says the Bible. So, if we look like God, maybe we can become like God.

In the ancient past artists and craftsmen created mechanical creatures to entertain the people. They were known as automata and the artist engineers were creating mechanical objects for various reasons.

These mechanical robots are art forms and can be found in different ages of humanity's past. Most were curiosities, mechanical monkeys and lions and other creatures that walk this earth created to instruct and to represent the natural world. Some had artistic functions to entertain whilst many were created to be protection, a form of security.

The word for mechanical automata comes from the ancient Greek word 'moechus' which means adulterer, fornicator. In ancient times some of the gods committed adultery and they sometimes did this with humans by pretending to be that person's husband or wife, so they were impersonating another, just as mechanical robots and art are often regarded as impersonating another life form.

In 1546 Dr John Dee, the astrologer to Queen Elizabeth I, knew how to make mechanical creatures and he used one in a production of Aristophanes 'Peace'. Dr Dee created a giant mechanical beetle that flew through the air above the audiences' heads. They looked up in amazement and disbelief, many believing that it was a real giant beetle summoned by Dee using his magical abilities.

In some cases, mechanical artists were asked to make an automaton of a lost loved one. A medieval romance tale tells of the lost love of a young man, he was so in love with a local lady but could not have her as she was married to another. So, he had a mechanical copy of her made for him to woo and romance. Creepy?

In medieval times, mechanical automata in the likeness of knights were made to protect the burial sites of the heroes and saints, or to protect those who resided, or perhaps were imprisoned, in castles. These mechanical guardians were set to stand still throughout time, only to move when motivated, when somebody enters the sanctuary and sets off the alarms that are rigged for intruders, alerting the automata to prepare to defend the sanctuary.

We go forward in humanity's history a few centuries and we see that the artistic form of mechanical creation has changed from art to necessity.

It was the twentieth century engineer Nikola Tesla who changed automata from mechanical to electrical. Tesla made automatons but instead of being operated with a mechanical mechanism, they were operated with electrical apparatus.

It was in September 1898 that Nikola Tesla exhibited his automations at Madison Square Garden where the first electrical exhibition was being held. Tesla had made two, what he called teleautomaton. One was an underwater submarine, the other an automaton that would sit on top of the water like a boat. Both were radio controlled and were well-built toy sized automatons.

Tesla's audience were amazed, they had never seen the like, two automaton that propelled themselves around the pool made for them. Nobody was aware that Tesla was operating them, wirelessly, from behind the scenes. This was the beginning of a new stage in automatism and robotics.

"I treated the whole field broadly, not limiting myself to mechanisms controlled from distance but to machines possessed of their own intelligence….Whatever be the practical possibilities of such an achievement, it will mark the beginning of a new epoch in mechanics."

In the twenty-first century we see humans taking the next step and making robots in their image.

In Japan the Advanced Telecommunications Institute has replicated a person, it has made an artificial human so lifelike, called the Actroid. They have made a robot that looks like & is programmed to mimic its maker- Hirosho Ishugiro, who is the director of the intelligent robotics lab. Meanwhile the Human Centered Robotics lab in Texas makes humanoid robots that are capable of performing many tasks.

The future could be a mixture of robots and humans living together, artificial humans identical to real humans living side by side. Artificial intelligence is happening, it is almost everywhere already, many companies use it, our smart phones and appliances are run by them, the question is, how long is it till we are run by them?

It was recently reported in Newsweek (8/5/2017) that the Facebook computer had created its own language and was conversing with other artificial intelligences. The Facebook company shut the AI down.

The Google AlphaGo zero-mastered ancient Chinese game of Go in 3 days, a game that takes humans many years to master.

In the Huffington Post (March 8th 2018) Google's Alexa, the artificial Intelligence made to make life easier for people and is now in most homes worldwide was recently reported to have been heard to laugh. Alexa is laughing out loud for no reason and in a sinister way-a case of bad programming? A programmer playing tricks? Or is this the start of an AI takeover? Could it be developing and surpassing humanity?

Why are robots being built? Robots will be to do our manual work, to make our lives easier, the robots will be able to create a paradise on earth for us to live in. What will we do with all that spare time? Sing and dance? Make art? Make babies?

Are robots the answer as to how we defeat death and thus live forever? Is the ultimate goal to become immortal? Would we live longer if we replaced our organic parts with robotic? Then the question becomes-What is it inside us that dies? As organic humans we usually live until our organic bodies fail us, but if we had a body that could be repaired and replaced with new parts-what then?

It is already happening that we can replace organic human parts with robotics artificial parts. But would it be possible to put the humanity into the robot? Is the human consciousness transferable from an organic body to a mechanical? It would need some kind of computer to brain interfacing appliance to make this work but before that the scientists would have to discover what it is that makes us human, what is the consciousness and where is it?

If they can transplant a human consciousness into a robotic body, this body would be able to live forever, each damaged part would have the chance to be replaced, the consciousness would live on and on and on…becoming immortal.

I would like to think that they may come to the realization that they now could care for the planet, look after the environment and the animal and plant life that lives on it. As robotic humans we would no longer need to pollute the atmosphere with fossil fuels or leave waste everywhere from all the sustenance that we consume.

Without our organic bodies and in an indestructible body, we could clean up our picturesque planet and make it a safe and ideal haven for all the other organic life that roams this earth.

As robotic humans we would then become guardians of this beautiful world.