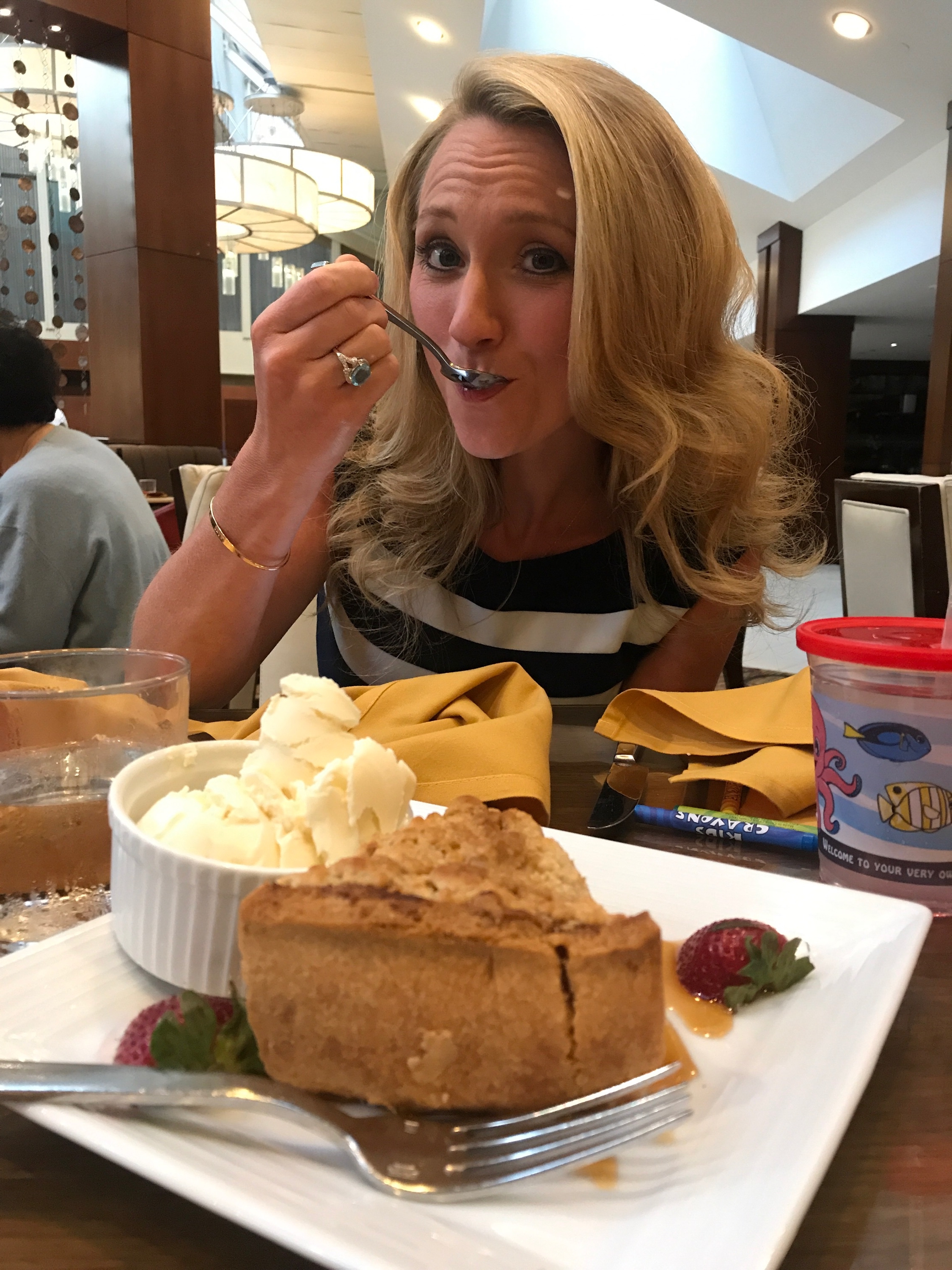 Tyne E. Tells is an amusing, energetic coming-of-age story ripe with adventure, mystery, and emotion. It will appeal to fans of Cassie Beasley’s Circus Mirandus and Ingrid Law’s Savvy who enjoy stories of bittersweet reality made sweeter with a little spark of magic...

(When my daughter was eight months old, I had a dream about a small mouse with seemingly impossible ambitions. As soon as I awoke, I knew I had the beginning of a story my daughter would one day cherish. For the next two years, I spent late nights and early mornings getting to know Tyne E. and his gang of humorous, quirky, loyal friends. Although my daughter won't be able to fully enjoy Tyne E. Tells until she is much older, the thought of having it waiting for her on the bookshelf always makes me smile.)

A gutsy mouse who dreams of becoming a jockey, an amnesia-stricken racehorse who fears only two things: things that move and things that don't, a bombastic caterpillar veterinarian whose pomposity is matched solely by his bird sidekick's patience, and the visionary German Shepherd dog who brings them all together are more than just characters in Granddad's book. How much more, thirteen-year-old Savannah Ashford doesn't realize, until picking up the pen herself.

Finding the mysterious old trunk in the attic seems odd to Savannah, but not as odd as when pages of a story her granddad had written during his race against disappearing memories begin to fill the empty trunk. Each night the adventures of Tyne E. Tells, a mouse whose passion for jockeying a winning horse to the finish line of a crowd-worthy race, capture Savannah's imagination.

How is Savannah to know her granddad's story will inspire a school revolt at Ward Middle School, or that by the end of the week, every student in Mr. Weiss' fifth period biology class will be counting on her to save their grades? The pressure is on, and Savannah feels up to the task — until the night the pages stop.

Through love, Savannah's granddad transcends impossible boundaries, reaching out in the magical moments of his story to reveal a universal truth. Those who come before us begin a story, and we do our best to pick up where they left off, delivering each page as we go.

I really don't know what made me want to climb into the attic that Sunday night when I first discovered the trunk. I'd never been up there by myself. I never really had a reason to before that night. I had always gone up there with my mom, usually in December to unpack the Christmas decorations, or in January to repack the Christmas decorations. But this was May. Christmas had long passed and wasn't due to arrive again anytime soon. However, that night the trunk in the attic called to me like Christmas morning.

There was nothing especially noteworthy about it, besides the manila envelope that had been taped to the top and the unexplainable fact that I had never, in all my twelve years, seen the trunk in the attic until that night. The brass-wrapped edges were badly tarnished, and the hinges were so rusted that replacement hinges off a pirate's sunken treasure chest would have been an improvement.

Inside the manila envelope were loose, typewritten pages accompanied by a short, handwritten note:

My messenger is small, so my words must be few. He'll bring them each night, but only to you.

You are my heart,

He'd been gone for nearly a year, but those words rang in my ears as if he were there speaking them himself. Attempting to sort the many thoughts shooting through my mind at warp speed, I managed to muster, "Granddad?" in a voice so faint a mouse would have to cup a paw behind his ear to hear it.

Who would have known the story on those pages would change my life forever? Certainly not me. And even now, I still wonder. I wonder if this was all part of Granddad's plan. I wonder if the book ended the way he'd hoped.

My granddad started my story, and he started it with the loose typewritten pages I found in the attic that uncommon Sunday night. When I found them, I did just as you are about to do now. I lifted the pages close to my face and began to read…

The Story of the Coat of Tyne E. Tells

Whumpf! Whumpf! Whumpf! Tyne E. kept swinging at Robert until Ms. Gibbs ran across the schoolyard and broke up the scuffle. She hadn't seen Robert throw the first blow or the way he'd made fun of Tyne E. before the fight began. Robert Newmouse was known for causing trouble, and this was no exception. It had all started earlier that day when Tyne E. got on the bus.

Looking up and down the bus for a seat, Tyne E. paused for a moment to make sure the voice he'd heard was talking to him. When he turned around, there she was, Dottie MaeMouse. Dottie was the loveliest, kindest, smartest, most popular, and most beautiful mouse in the whole school. And in Tyne E.'s eyes, she was perfect. Her fur was white with a slight hint of grey, like a movie screen when nothing is playing on it. Her eyes were a shade all their own. They were too dark to be called purple, too vibrant to be called black, and too clear to be called grey. But no matter the color of Dottie Mae's eyes, Tyne E. could hardly glance at them without losing his wits.

"I'll move my backpack," said Dottie as she lifted it from beside her and tucked it between her left foot and the bottom of the seat in front of her.

"Um, okay. Th, thanks." Tyne E. felt his cheeks turn hot and his throat begin to close. An awkward grin spread across his face from whisker to whisker.

"You almost missed it," said Dottie.

"Uh?" Tyne E. managed to mutter. He'd hoped the words, "missed what?" would follow, but they never did. Sitting beside the prettiest mouse in school had made him nearly speechless.

"The bus. You almost missed the bus," clarified Dottie with raised brows. The corners of her mouth curled ever so slightly upward, making Tyne E. all the more shy.

As the bus rolled away, Tyne E. timidly settled into the seat beside Dottie, shuffling his backpack from his lap to the floor.

"You dropped your coat," said Dottie with a kind nod and an outstretched pointing paw. Tyne E. glanced downward and saw his coat lying in the aisle of the bus.

"Oh yeah, thanks," he replied, finally mustering a string of words with a slight hint of confidence. Tyne E. leaned over to pick up his coat, but just as he did, a foot briskly sent the coat airborne.

"Hey!" yelled Tyne E. "Watch it, that's my coat." The coat landed halfway down the length of the bus and was promptly followed by none other than Robert Newmouse. Robert picked up the coat and yelled back down the aisle toward Tyne E.

"Coat!" he mocked. "This isn't a coat; it belongs in a trash can. And when we get to school, that's where it's going!"

"Give me my coat!" Just as Tyne E. leapt from his seat to grab the coat, the words, "STAY IN YOUR SEATS," reverberated throughout the bus after they were bellowed from a large figure sitting behind the wheel.

Tyne E. plopped himself down, redirecting all the force he had just planned to use on Robert Newmouse toward the seat beneath him.

"You can get it back when we get to school," said Dottie. "Don't pay any attention to Robert."

Tyne E. stewed in silence the entire ride. He sat next to Dottie in total, complete, utter embarrassment. The wheels could not roll fast enough. When the bus stopped at the school, Tyne E. got off before Robert Newmouse and waited to confront him.

"Give me my coat, Robert," demanded Tyne E. "Where is it?" With at least half a dozen teachers looking on, Tyne E. persisted with the grilling, but his coat was nowhere in sight. Robert had stuffed Tyne E.'s coat in his book bag, and wasn't about to take it out and admit his guilt in front of everyone; he was too smart for that.

"Give me my coat! I know you have it!" yelled Tyne E. as he reached for Robert's bag. Knowing their homeroom teacher, Ms. Gibbs, was watching, Robert played the role of innocence well enough to win an Oscar.

Whumpf! As soon as Ms. Gibbs turned her head, Robert sucker punched Tyne E. right in the soft part of his stomach, and when he did, Tyne E. charged headfirst into the school bully. Only half Robert's size, Tyne E. was a scrapper. He'd grown up with two older brothers, so he knew how to fight. Thud! The two mice hit the ground, and Ms. Gibbs turned to see Tyne E. on top of Robert with his fist pulled back like a loaded sling shot.

Robert and Tyne E. spent the rest of the day sitting in detention where they exchanged sneering glances and muffled remarks.

That afternoon, after hearing Tyne E.'s side of the story, Ms. Gibbs checked Robert's bookbag. She pulled out a coat covered in dirt smears and loosely hanging, ripped threads. "Is this yours, Tyne E.?"

Not even needing to look up, Tyne E. took the coat, wadded it in a ball, and stuffed it under his arm. If it hadn't looked like a hand-me-down mess of fabric before, it certainly did now.

Exhausted and still angry, Tyne E. walked home that afternoon, threw his tattered coat in the trash, and went straight to his room.

With that thought, Tyne E. slipped into a world less cluttered by reality and more ruled by dreams of what could be. He slept peacefully, forgetting the fight with Robert Newmouse, envisioning only things to come – marvelous things, wonderful things, impossible things. Echoing between his dreaming ears, reverberating even louder than his snores, Tyne E. heard the sound of the ground trembling. He was winning the race. Gallop after gallop he rode to the finish line, paces ahead of every other contender.

You see, Savvy, what I haven't told you is that Tyne E. had a destiny. Not even Tyne E. knew what awaited him. It was a destiny so big and so unlikely that you may not even believe me when I reveal it to you.

But Tyne E. wasn't ready. Sure, he was fearless, full of grit and determination, but he didn't know how to use it. And his destiny depended upon him learning.

If you'd like to read more, please click the link below to purchase Tyne E. Tells on Amazon!

Tanya Marion is the author of Tyne E. Tells, a fiction novel for 8 to 12-year-olds, and the founder of WriteSpike.com.