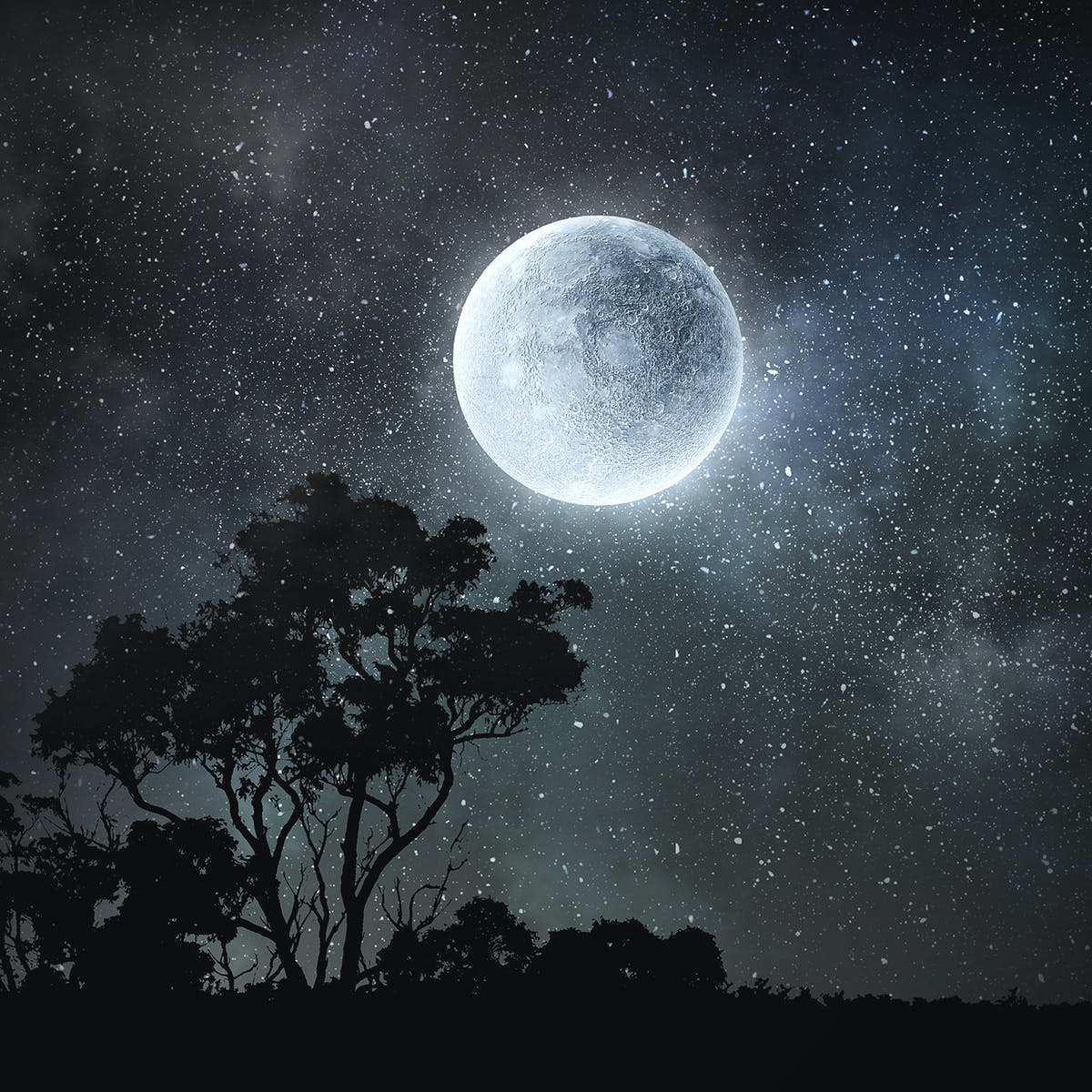 50's theme about the future

Long ago, the mountains in the east were cut clean in two. The trees, they stop growing miles from there and the road that runs out between them is a straight line, shooting right past town and into the west.

The Silver Straight, we call it because the only cars that drive that road are the Silver Bullet cars. They come flying down that narrow strip and they don't slow, and they never stop.

Pop said that road was too dangerous. He told me once that if I stand on the shoulder, if I get too close to the pavement, the wind from those cars would pull me up onto the blacktop so fast, I'd be squashed flat as a pancake in no time at all.

I liked to watch though. From the bleachers at the school, we could see the cars like shiny dots zooming toward us from the split mountains. Their silver bodies held engines so loud it made our heads buzz.

At night, I listened for them. Warm in my bed, I could hear them coming from miles away. The anxious whining getting closer and closer and then, just as the sound is about to explode in my ears, it's going farther and farther away. Along with the noise, the mystery is fading until the silence is a void I need filled by another Silver Bullet. I prayed for another car to come but sometimes, they were hours apart.

"Someday," I told the boys at school, "I'm gonna drive that road. I'm gonna drive it so fast you'll never even see me comin' down from the mountain. You'll only feel the wind 'cross your face," I say, pulling on Derick's ponytail. "You'll only hear me as I go speedin' into the west and 'round the globe like all those others."

"But you don't have no Silver Bullet," they tell me. "You ain't got nothin' that's gonna drive that road."

"Besides," Tommy said, "We ain't got no on-ramp here. Even if you got a car, how're you gonna get out on that road?"

Nobody from our town's ever driven that road. Nobody here has a Silver Bullet. That's the only kind of car that can stay steady, going that fast on the blacktop.

"I know that," I grumbled, kicking hard at the dirt. "But where does it end?"

He laughed at me. Grabbing up his welding helmet, he shook his head. "That road don't end," he pulled on his welders' glove, fitted it between his fingers and then pulled on the other. "It don't start neither. It goes 'round in a big loop; a straight line all the way 'round."

In my head, I saw something like the pictures of Saturn. A great ring around this old ball and on that ring, Silver Bullets. Men in cars driving fast as they could, spinning up clouds of dust until we had our own rings.

Pop lit his torch, he shook his head and waved his hand for me to leave him be.

I watched him cutting metal pieces with fire; putting them back together with even hotter flames. The silver glowed as it melted. The scraps connected like a puzzle and with fire, it seemed that Pop could make anything he wanted

That night, as I lay there listening to the silver bullets coming down the valley, I made my plan.

The boys from school, they followed me out to our junk yard. They lifted the hoods, kicked at the tires and spit on the rusting cars that folks threw away. "What're we gonna find out here?" They asked. "How're you gonna build your own Bullet?"

"I need to find the body," I told them. "Do ya see anything that we can cut down and streamline?"

"Ain't gonna be silver," Tommy said, walking between the broken-down cars. "It'll be rusty red or moldy green." He kicked the door of an old Ford, hurt his ankle, and tried not to cry.

"How 'bout that?" the boys asked, pointing at a tube of corrugated metal.

"Shit no!" I told them. "That won't hold up for a second out there on the road."

Those after school hours were spent searching but none of us found nothing. As we walked out of the fenced yard, Derick clapped me on the back. "It was a fine idea, though."

I nodded and waved to the boys. They all went shuffling down the dirt road to their own houses while I stayed there, in our junk yard.

Pop shrugged and said, "eh, I don't know". He pulled a rag across his damp brow. He tipped his head toward the back yard and said, "Why don't you come check this out."

"What?" I asked, following him through the big garage that smelled of motor oil and gasoline.

"Long time ago," he said, "there was a big ole wreck near town. Sounded like a god damned meteor hittin' the earth."

Pop opened the door out of the garage. He moved between stacks of tires and around the dead school bus that he was supposed to fix and give back to the school but he was always too busy for that.

"Come over here," he said, taking hold of a mossy grey tarp. "Know what that sound was? It was this."

Pop lifted the cover and underneath, dulled by dust and time, was a nearly unrecognizable object.

Pop nodded his head. "Grab that tarp," he told me and together we unveiled a Silver Bullet. I reached out and ran my hand along the sleek car.

"This made that noise?" I asked him.

"But how?" I said, walking around the car, looking for the great damage. "Where's it wrecked?"

"It was going that fast?" I asked.

"At least that fast," Pop told me, "And the driver musta lost control somehow 'cause he was dead as a doornail by the time anybody got there."

"Did you start it up?" I asked, pulling open the driver's door. I slipped into the seat and saw a landscape of buttons and switches.

I jumped out of the seat. I leaned over the car and said, "Pop, we can do it. We can bring this back to life."

Pop shook his head. He pulled on the tarp and started closing it up. "Nope, no way kiddo. This is too dangerous."

Pop squinted his eyes. He rubbed his chin. "I'll think 'bout it," he told me and I tried not to smile too widely as I pulled up the cover.

Every day I was out there, lifting the tarp, looking at the tires, sitting in the seat, dreaming about that road. And then Pop was out there too and we were under the hood. "Ain't seen one of these," he'd say, or "Don't know what this does". He had a whole tray of parts laid out before long and we cleaned those parts or replaced those parts and studied how those parts worked in the Silver Bullets.

Pop showed me how to clean the metal. He taught me how to change the tires and check the oil. "I thought I might drive that Silver Straight one day," he told me, tightening the bolts. "Thought about, never did nothing though."

He chuckled, standing up and stretching out his back. "I sure would like to see it all," he said, looking off into the distance. "I can only imagine what the ocean looks from that road, how the desert sands roll in like waves. It'd sure be nice to see."

We talked about it all the time. He told me about the first drivers, how they built the road up on huge blocks from the depths of the sea. He showed me how the buttons in the car made it stick tighter to the road, how the gears shifted to the speed and it was, perhaps a year and a half, maybe a little longer when he said, "Okay, boy, jump in there and start 'er up."

Pop nodded. "Take off those gloves first," he said, "Don't get 'er dirty."

"Okay," I told him and then I sat in the nice black seat and my hand shook just a little. "Tell me when you're ready."

At first, there was nothing. No sound, not even a click. "Turn it harder," he said, "These cars have a harder turn."

I gripped the key and turned it hard. The engine growled. No, it roared to life like a lion. All around me, the vibration of energy grew and grew. That car wanted to go. It wanted to fly out of our old junk yard and away into the world.

I jumped out of the seat and Pop put his hand on my shoulder. "We did it, didn't we?"

I nodded. I laughed. I couldn't help it. I wanted to cry but, instead, I laughed.

And that night, after most people were in bed, Pop and I drove our Silver Bullet out into the back roads. He piloted her like a plane, like a floating craft over the ground and it was like we rode on air. Pop opened the window and I closed my eyes and saw myself on that endless road, passing by cities and over mountains and oceans. I could see it all, there in our Silver Bullet.

When Pop passed away the next year, he told me to get out on that road. "Go everywhere," he told me. "See everything!" he gripped my hand so hard, tears came to my eyes.

I grinned. I laughed because I didn't want to cry. "Okay, Pop," I told him. "I'm gonna do it. One day, I'll come back here and tell all the boys how I took the Silver Straight all the way 'round."

That's the last thing he said. He had a smile on his face and I imagine he was remembering the Silver Bullet. Maybe he was picturing it like me, out there on that open road.

Last night, the boys all met me outside of town. The Silver Bullet was on the trailer and we got her as close to the road as we could.

"This is dangerous," Tommy said. "My wife'd kill me if she knew I was here."

And all of us boys, we waited for the next Silver Bullet to pass and then as it did, I felt the wind across my face. I felt the pull of it as it went by.

"I wish your Pops could see you," the boys told me.

I nodded and said, "I'll be back one of these days!"

And I jumped into the Silver Bullet. I pushed the pedal and she rolled up onto the road.

And I went. I drove and I drove and here it is, morning and I'm still driving. The sun is rising behind me and if I wasn't laughing right now, I'd be crying.